We have produced the design work for “Zuckerman: Scientist Extraordinary” by Bernard Donovan, published by BioScientifica.

“Solly Zuckerman was a rare creature, for few scientists have managed to play such a central part in national affairs. A man of many talents – a research anatomist and authority in anthropological research before becoming involved in the study of blast injury and explosive damage at the start of the Second World War – he moved on to explore the most efficient ways of bombing the enemy in preparation for the invasion of Europe and became the trusted confidant of air marshals and generals. In post-war Britain he became the chief scientific adviser of successive governments, a man of sanity in developing policies for the control of nuclear weapons. To some, Zuckerman is a legendary but shadowy figure who shunned the limelight, while enjoying the manipulative process. Did he use, or abuse, his power? Should he have done more to encourage the input of scientific advances to British industry? Or were his efforts frustrated by an unreceptive establishment? Such are some of the questions explored in Professor Donovan’s definitive study.” 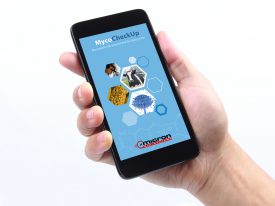 Category : Digital
Working with App developers, MyOxygen, Rumba have designed an App for Micron Bio-Systems to allow farmers to assess the likelihood... 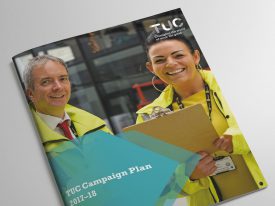 Rolling out the new TUC brand

Category : Corporate Literature, Web & Digital
As part of their 150th Anniversary celebration, the TUC have unveiled a new identity created by Lloyd Northover. Having worked... 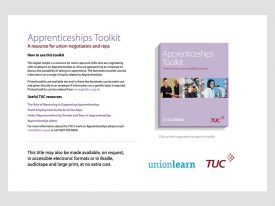 Category : Web & Digital
We’ve been producing a print version of an Apprenticeships’ pack for the TUC since 2010, but in addition, this year we were... 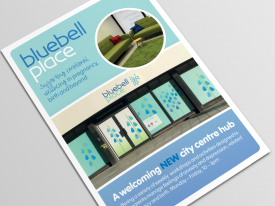